The Shadow Land by Elizabeth Kostova may not be as clear of a departure from her first novel–The Historian–as some may believe.

No.  There is no longed-for return of Dracula or any of his minions.  However, there are many sorts of monsters, some that cast larger shadows than Dracula could ever manage.

In The Shadow Land, Kostova weaves a fictional account of a horror that might remind one of the holocaust.  However, this horror is one that few westerners have heard of.  It happened in Bulgaria during its “communist experience” which took place during between 1944 and 1989.

The tale begins with a stunning prologue that compares the novel to a train–not a speedy bullet train, but one that exudes noxious fumes as it clatters along meandering rails carrying unexpected cargo.

In the present,  readers meet the protagonist, Alexandra, a young woman who travels to Bulgaria to teach English.  Upon arriving in Sophia, she inadvertently becomes entangled in a convoluted mystery when she comes in contact with a Bulgarian family and ends up in possession of their most sacred treasure.

Later, she teams up with an interesting and surprising cohort, a young taxi driver with secrets of his own.  Together, they go on an extended voyage across Bulgaria in search of answers.

Kostova reveals her love for Bulgaria by clearly painting the beauty of the country and the kindness of its people.  She takes readers along for the ride, offering them the ability to join the travelers on their voyage of discovery.  However, she makes it plain that there is another Bulgaria, one that hides in the shadows of the past.

From time to time, the action flashes back to the past and tells the tale of Stoyan Lazarov, a gentle artist and his loving family.  By doing so, Kostova enhances the reader’s ability to relate to what happened in that sad shadow land and forces them to assimilate the horror.

Unfortunately, readers who want a fast-paced, flash-bang tale will be very disappointed.  Kostova luxuriates in her complex descriptions and the extended back-story of Lazarov and his family, perhaps spurred by her personal ties to Bulgaria.

It could be said that The Shadow Land is an act of love on Kostova’s part, an attempt to bring light to dark secrets.

Readers who enjoy luxuriating in complex, extended tales will love The Shadow Land.  On the other hand, readers with a lack of patience or who want a quick read may jump off the train and choose not to complete the voyage of discovery.

Readers who enjoy luxuriating in complex, extended tales will love The Shadow Land. 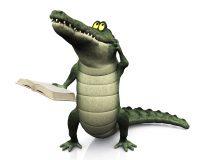